Recently, We got a request to make some improvements to Installer Maker. As a result, we have made many, many invisible changes, fixing bugs and adding new features. In a few places, the changes are visible. For example, you can see the long list with all special folder paths for Windows (XP up to and including 8.1) and you can see a small but essential change on the Scripts pane, allowing for pre- and post-uninstall script execution. 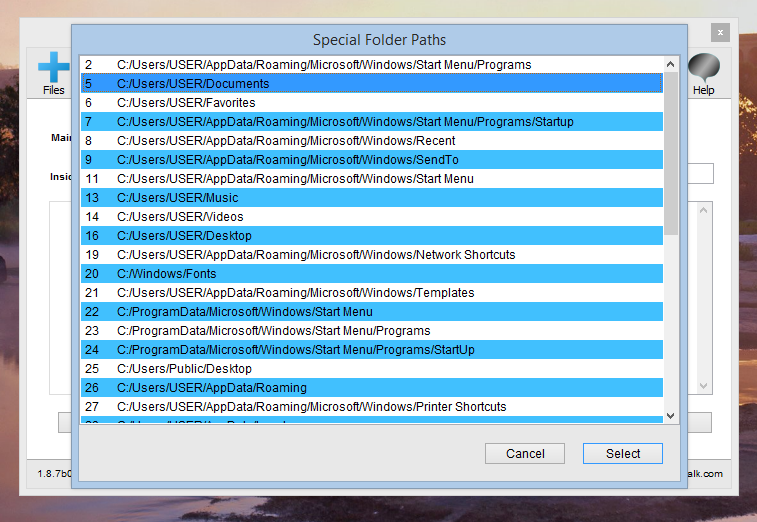 It is now possible to select any special Windows folder as a destination folder.

Installer Maker 1.8.7b03 can be downloaded here.

Below follows an overview of all changes in the latest beta version. 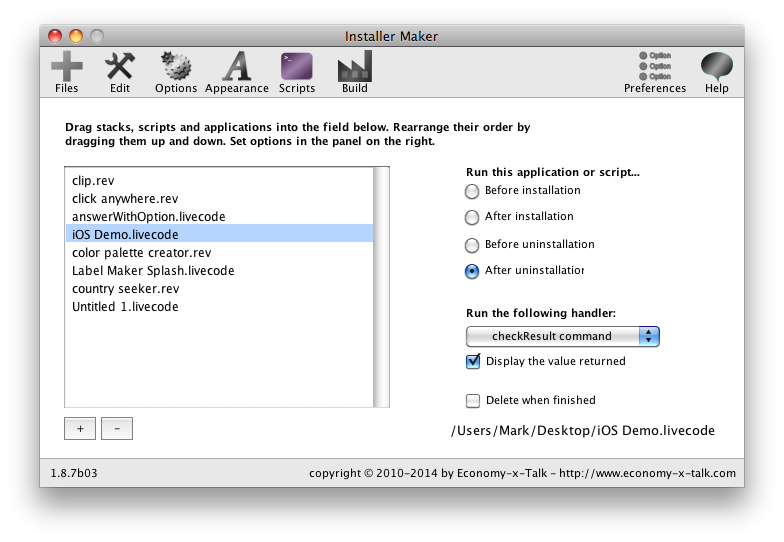 We need your help! Please, download and test Installer Maker 1.8.7b03 and send an e-mail with your findings to Economy-x-Talk’s support department! Everybody can download the beta. Installers created with an unregister trial copy only work on the computer they were created on. This version of Installer Maker is a free update for everyone with a current license.